Heather Buerger currently serves as Executive Vice President of North America.  Heather is a former energy executive having spent nine years as a Contracts and Credit Analyst at Superior Natural Gas Corporation where she supported the treasury and accounting departments before transitioning to a role in credit and contacts. Prior to her work in the energy sector, Heather spent nine years working in the travel industry as a corporate trainer and quality assurance auditor for the Hertz Corporation.

Heather attended Eastern New Mexico University where she received a B.S. in Mass Communication with an emphasis in broadcast journalism and production.  Heather has been an active member of the IECA since 2012 and served as the co-chair of the Marketing and Communications Committee where she was a consistent contributor to the Journal and Insights publications and was the recipient of the 2014 IECA Outstanding Member Award.

When not at work, Heather is actively involved with a number of community events and charities including her local alumni chapter of Chi Omega, a national sorority, and the Waller County Demolition Derby which raises money for Laurel’s Army Foundation, an organization that helps support childhood cancer research and wellness programs for children with cancer.  Heather resides in Houston with her husband Nicholas and daughter Lauren and one of their favorite family activities is practicing Taekwondo.

John Treasure formally commenced as Executive Vice President for Europe in April 2021. John was Managing Director, International Trade and Transaction Banking at Credit Agricole Corporate and Investment Bank London where he was employed for 20 years.

He has been an IECA member since 1994 and served on the Board of Directors from (2014 - 2017). John was also Deputy Chair of The European Committee for many years until 2017. In 2014 he established the IECA Education fund  (together with Maria Taylor) which provides (independent means-tested) financial support for deserving students to attend St. Catherine’s College Oxford.

He was recently appointed a ‘Freeman of the City of London’ in recognition of his services to International Trade following a 40-year career, but is now prohibited from driving sheep over London Bridge! He is a lover of all sport (as are his son Stuart, and daughter Megan) and still plays squash (after 50 years on court), but would describe it as ‘ a bit like watching an old black and white film, only in slow motion. He lives by the old City code of ‘My word is my Bond ‘ and the even older ‘Carpe Diem....’

Tatiana Veres is the Associate Meeting Manager for the International Energy Credit Association and joined Association Headquarters, Inc. in April 2017, starting out in membership and meetings roles. As such, she has a full range of knowledge for all kinds of IECA questions. As the current main meeting manager for IECA, Tatiana oversees the high-level meetings operations for the Spring and Annual Conferences. She holds a B.A. in French Language and Literature from Dickinson College and currently resides in Mullica Hill, NJ.

David Grimm is the Meeting Coordinator for the International Energy Credit Association. David provides internal meetings and membership support to the team. He is the front line of membership and meetings, so you can go to him with any of your IECA questions, from membership inquiries to registration questions. David graduated with a B.A. in English/Digital Studies from Rutgers University and currently resides in the Philadelphia area. 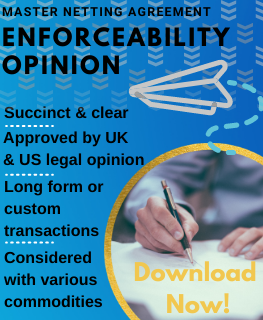 I enjoy the opportunity to collaborate with like-minded people of the industry. Together we work to give back to the industry through educational advancement opportunities and networking. There are great opportunities to learn from some of the most distinguished members of the Energy Credit industry. 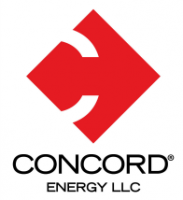